The increasing pollution of the earth's ecosystem by plastic waste on the one hand and food losses on the other hand are major challenges for the global community.
The littering of our planet, especially of the seas and oceans, with plastic waste from large parts down to so-called microplastics is developing into an enormous ecological problem whose long-term consequences for nature, wildlife and humanity are difficult to predict. At the same time, our earth is also harmed by resource consumption and greenhouse gas emissions both caused by food production. However, as a result of spoilage, damage and insufficient hygiene, approximately one third of the worldwide foods is lost and disposed - a tragedy for ecological reasons and hundreds of millions of undernourished people.

The targeted establishment and expansion of a global circular economy is intended to slow down the ecological consequences of today's affluent and throwaway society.

That is why on the one hand, educational work must be carried out for the correct handling of waste and, on the other hand, technological development with regard to recycling-friendly product design and recycling processes needs to be made. Functional and at the same time recyclable, flexible packaging materials provide the necessary product protection in terms of shelf life, hygiene and quality in order to minimize food losses, are designed very resource-efficient and can be recycled mechanically as well as chemically at the end of their life cycle.

With our development activities under the guiding principle „Flexibles for Recycling“, we at EK-Pack Folien GmbH develop flexible, multilayered and at the same time recyclable film structures for bags, lids and deep-drawing applications, which are manufactured with the best possible efficiency regarding raw materials and energy consumption. In this way, we make an important contribution to reducing food losses and creating a functioning, sustainable circular economy - for us and future generations. 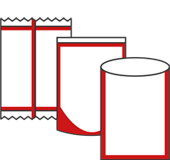 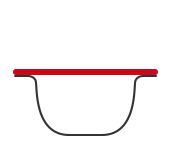 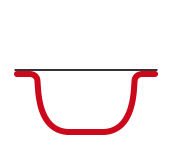 If you are interested in our "Flexibles for Recycling", please do not hesitate getting in touch with us!